Write out the following numbers:

Converting Between Fractions and Decimals

The decimal place value determines how to convert a decimal into a fraction.

ends at the thousandths place value. Therefore you put the number over 1000

See video below for more examples, including mixed fractions and converting from fractions back to decimals.

Locate the digit in the tenths place

Consider the next digit to the right, 8

Since 8 is greater than or equal to 5, round up.

Locate the digit in the hundredths place

Consider the next digit to the right, 0

Designed by Matthew Cheung. This work is licensed under a Creative Commons Attribution 4.0 International License. 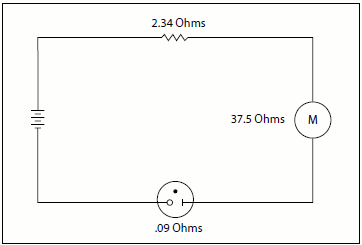 Example 3: Using the formula Watts = Amperes \(\times\) Voltage, what is the wattage of an electric drill that uses 9.45 amperes from a 120 volt source?

We need to multiple 120 amperes by 9.45 volts to find the wattage of the electric drill.

For long division, you want to work with a divisor that does not have a decimal value. We can transform it by multiplying both the dividend and divisor by 10.