Wikipedia... don't get me started!

The Wikipedia entry for Two-Spirit begins this way:

Rather than contributing clarity, the entry opens by skirting around the meaning's edges and introduces terminology, such as pan-Indian, third-gender, and gender-variant, which require their own explanations.

In fairness, Wikipedia presents itself as an encyclopedia.  Encyclopedias bring the subject matter to life through long-form essays, allowing us to break into a subject and set a research direction more easily.

However, Wikipedia is unique in the sense that it draws its writers from the grand pool of humanity, making no distinction between people who are knowledgeable in a field and people who are not.

With tongue-in-cheek, Steve Carell, in the role of Michael Scott, summed it up nicely in an episode of The Office when he said, "“Wikipedia is the best thing ever.  Anyone in the world can write anything they want about any subject.  So you know you are getting the best possible information.” 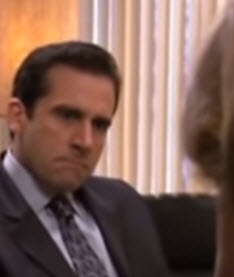 Step Aside To Make Way For A Real Encyclopedia

The Canadian Encyclopedia offers a long-form expanded entry for Two-Spirit covering the following sub-headings (Article Index list, below), and it was written by Michelle Filice, who holds a PhD in Canadian History from Wilfrid Laurier University.  Writing in the long-form, Filice tells us of the supernatural intervention besetting two-spirits and of their status as healers, shamans and ceremonial leaders, thereby deepening our curiosity in this area of research.  Many long-form encyclopedia entries can be found in the library's reference collections such as Credo Reference.  This will be our next port-of-call.

Incidentally, reputable reference sources will be supported by a qualified team of editors and subject specialists. 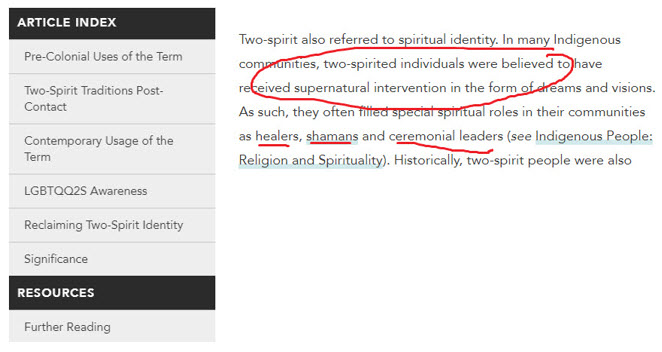