This guide was developed by Centennial Libraries, the Queering Community Social Club, and the Centre for Global Citizenship, Education, and Inclusion in recognition of 16 Days of Action Against Gender-Based Violence.

GIF via UN Women. Add it to your own social media!

Cisnormativity: The common assumption that all people are cisgender and that everyone should accept this as “the norm”

Gaslighting: To manipulate someone by psychological means to the point where they question their own thoughts and truths. For example, making someone doubt their reality or sanity, making them question their feelings, memory or perception of something they would have otherwise had full security in.

Gender-Based Violence (GBV): GBV is the use and abuse of power and control over another person and is perpetrated against someone based on their gender identity, gender expression or perceived gender. Violence against women and girls is one form of gender-based violence. It also has a disproportionate impact on 2SLGBTQA+ and gender non-conforming people.

Gender Identity: A person’s primary experience of gender, how they feel inside about their gender. A person’s gender identity informs their sense of being a woman, a man, both, neither, or anywhere along the gender spectrum.

Intersectionality: Is a term coined by Kimberlé Crenshaw that describes the ways in which various forms of oppression intersect and overlap based on an individual or group’s identity creating interconnected barriers and complex forms of discrimination that can be insidious, covert and compounded.

Intimate Partner Violence (IPV): IPV is violence/abuse that occurs against a current or past intimate partner. Abuse is when a person(s) uses behaviours to gain power and control over another person and to cause harm. IPV can be experienced in relationships between people of the same or different genders and in relationships with two or more people involved.

Lateral Violence: Violence perpetrated by someone who shares aspects of marginalization with the victimized person; minority-on-minority violence.

Queer: A term that has been used in a derogatory manner against 2SLGBTQ+ people. It is an umbrella term has been reclaimed and is used by some 2SLGBTQA+ people to identity gender identities and sexual orientations that fall outside of mainstream hetero/cisnormative expectations.

Two-Spirit: Refers to a person who has both a masculine and a feminine spirit and is used by some First Nations people to describe their sexual, gender and/or spiritual identity.

What is gender-based violence?

The Canadian Women's Foundation describes gender-based violence as: "the types of abuse that women, girls, and Two Spirit, trans and non-binary people are at highest risk of experiencing. It can take physical and emotional forms, such as: name-calling, hitting, pushing, blocking, stalking/criminal harassment, rape, sexual assault, control, and manipulation. Many forms of this abuse are against the law. It can happen between people in romantic relationships. It can happen in families, at work, and between friends and acquaintances and strangers. It often occurs in private places between people who know each other."

In 2014, StatsCan reported that: "Sexual assault, at 22 incidents per 1,000 people, was the only crime for which the victimization rate remained relatively stable over the past decade." While other violent crimes have been declining over the last 20 years, rates of gender-based violence remain unchanged. 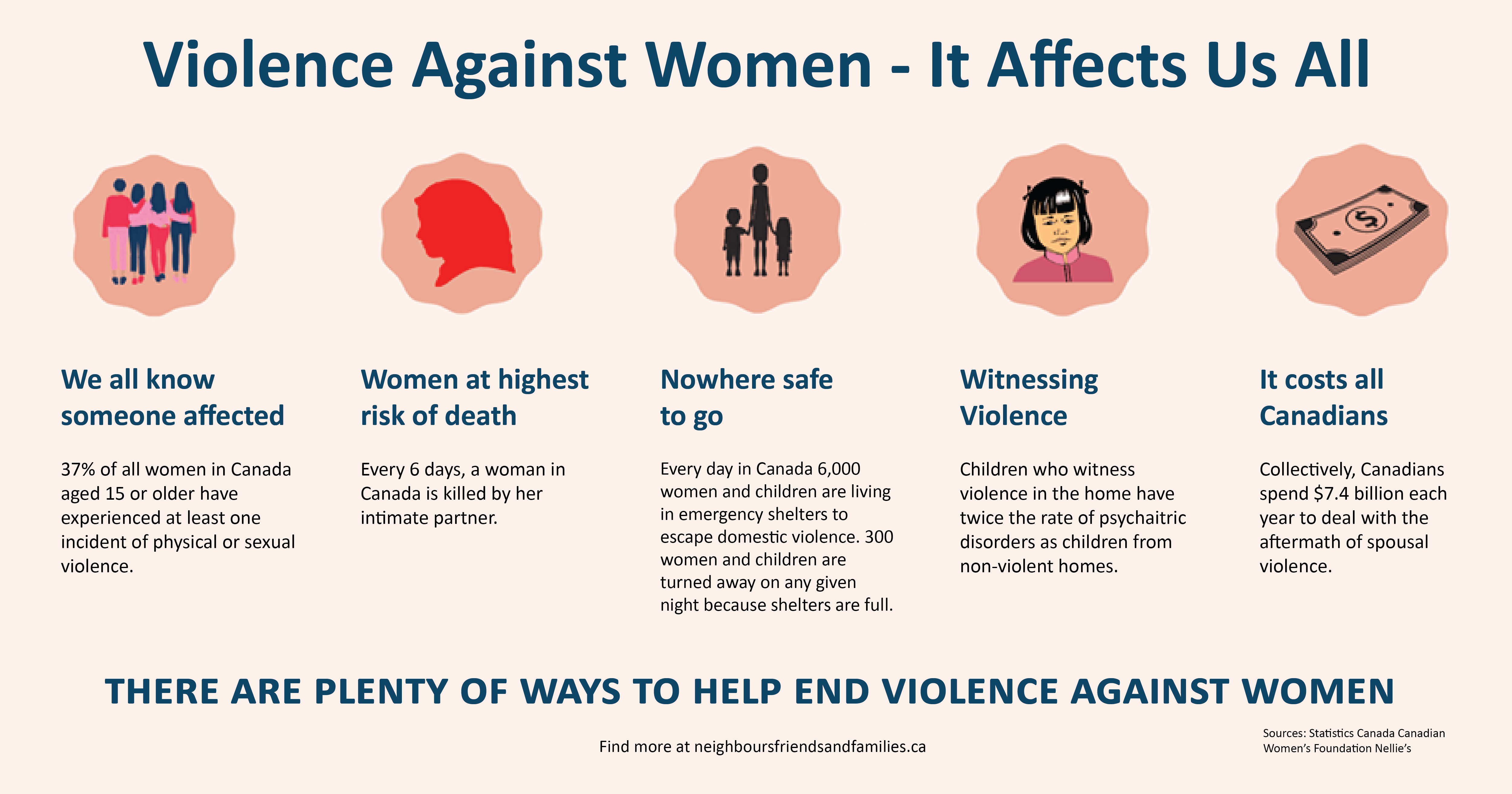 A recent report from Statistics Canada (2018) highlighted what many 2SLGBTQIA+ people have known to be true, that they are "more likely to report being violently victimized in their lifetime and to have experienced inappropriate behaviours in public and online than non-sexual minority Canadians." Further, "recent crowdsource survey found that gender-diverse participants (that is, participants who did not report their gender as exclusively female or male) were almost 3 times more likely than male participants to report that they had experienced discrimination during the pandemic.

Although we know that queer folks experience gender-based violence from within and outside the community, educational resources and service providers often only address cisgender, heterosexual women. Additionally, representations of gender-based violence in relationships predominately consist of cisgender, heterosexual couples. This means 2SLGTBQIA+ individuals who experience harm, often don't have the tools they need to seek out help, and the resources that do exist to support survivors of GBV aren't always inclusive of their unique identities. Queer experiences are often left out of the conversation surrounding GBV which leaves community members vulnerable to harm and without adequate support in society.

As discussed above, research has shown that people with intersecting identities experience higher rates of gender-based violence. In Canada, about six in ten Indigenous women have experienced some form of IPV in their lifetime (Statistics Canada), and 4 in 10 have experienced either physical or sexual abuse by an intimate partner in their lifetime - compared to 25% non-Indigenous women (Statistics Canada). These statistically significant findings demonstrate how systemic and attitudinal barriers prevent and discourage Indigenous women from seeking help.