In addition to standalone series or films, Centennial Libraries also has access to several curated film lists, including:

Iendi (2020) via CBC Docs
In Sarain Fox’s Anishinaabe culture, women lead the family. Her auntie, Mary Bell, is the oldest surviving matriarch, and she holds the family’s history: the stories, the trauma, the truth. She is a knowledge keeper. The Indigenous way is to sit with elders while they live. And Fox’s job, as the youngest in her family, is to carry on those ways.

Mary is a residential school survivor who worked with the Truth and Reconciliation Commission to document the stories of other survivors. And now that she’s an elder, she’s focused on how those stories will live on. Elders are knowledge keepers, but they are also among the most vulnerable to COVID-19. The pandemic is threatening to cut a line of knowledge that has survived for generations. Fox reckons with this tension and her duty to sit with her auntie to document her stories before they are lost.

Muffins for Granny (2007) via Criterion on Demand
The history of the Canadian government's residential school program has had a profound effect on First Nations peoples across the country. For filmmaker Nadia McLaren, it is personal history as well; her Ojibway grandmother was forced into a residential school and its repercussions have echoed through her family. Looking to understand her loving but troubled grandmother, McLaren interviews seven First Nations elders about their experiences in residential schools. Mixing stark animated moments with human faces and home movie footage, Muffins For Granny is a raw and honest documentary about a difficult chapter in Canadian history a chapter that, for many, is not over.

We Were Children (2012) via National Film Board of Canada
In this feature film, the profound impact of the Canadian government’s residential school system is conveyed through the eyes of two children who were forced to face hardships beyond their years. As young children, Lyna and Glen were taken from their homes and placed in church-run boarding schools, where they suffered years of physical, sexual and emotional abuse, the effects of which persist in their adult lives. We Were Children gives voice to a national tragedy and demonstrates the incredible resilience of the human spirit.

Holy Angels (2017) via National Film Board of Canada
Lena Wandering Spirit spent six years at the Holy Angels Residential School in Fort Chipewyan, Alberta. Against a backdrop of now-empty hallways and classrooms, fragments of memory return - the shadowy figures of nuns, bits of remembered catechism, and the nightmare sounds of the basement boiler. "They call us by number," she remembers. Wandering Spirit's experience, like that of many other adult survivors, remains jagged and bright with pain and fear. But other, deeper memories also endured - of running barefoot in summer and picking berries, of stories shared, and of the warmth and love of family. Five-year-old performer Phoenix Sawan brings Wandering Spirit's recollections to vivid life, dancing through an abandoned building in easy defiance of the bleak history of the place. Filmed with elegance, precision, and fierce determination to not only uncover history but move past it, Holy Angels speaks of the resilience of a people who have found ways of healing - and of coming home again. 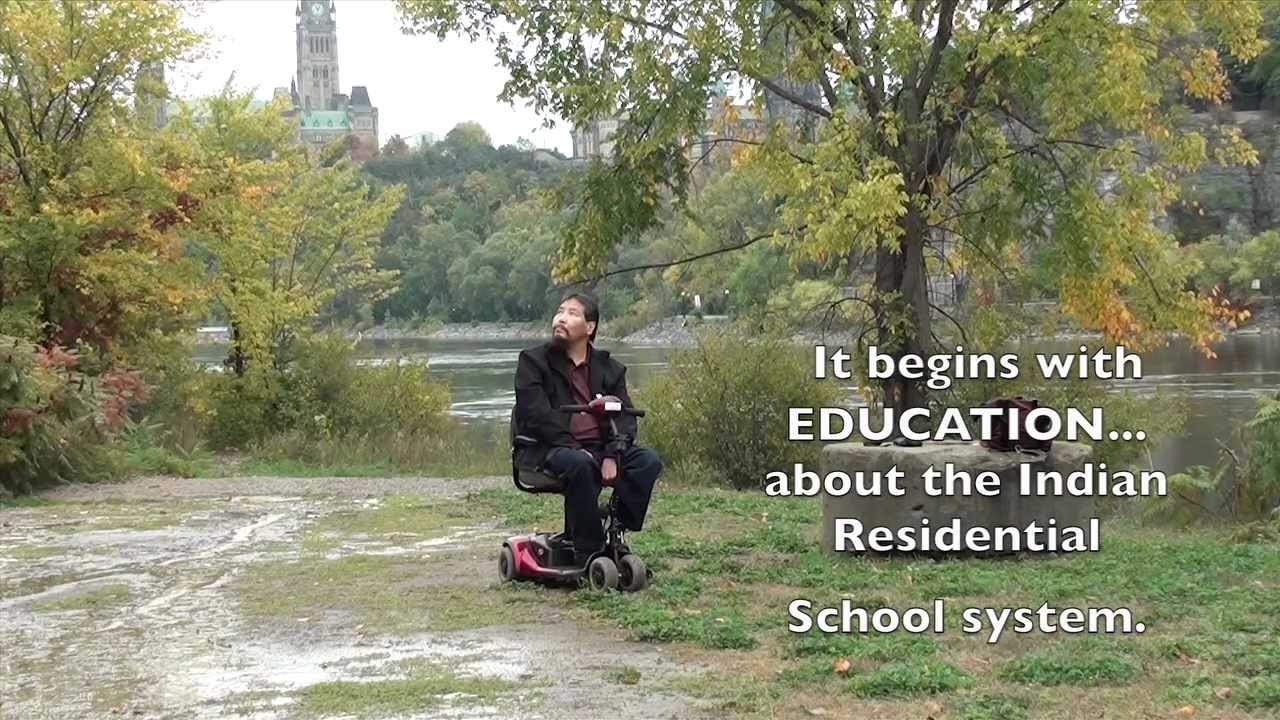 Garnet's Journey (2012) via garnetsjourney.com
Garnet Angeconeb is an Anishnaabe man from the Lac Seul First Nation in Northern Ontario. He grew up on his family’s traditional territory, until the age of seven, when he was forced by the Government of Canada to go to Pelican Indian Residential School. Garnet suffered many negative effects of government policies in the decades following his years at the school. Despite those personal hardships, he became a journalist, a community leader, and a respected elder in both Aboriginal and non-Aboriginal communities. These are his stories.

Cold Journey (1975) via National Film Board of Canada
Fifteen-year-old Buckley (Buckley Petawabano) attends residential school, where he longs for his home and dreams of fishing and hunting. Yet when he returns to the reserve for the summer he feels like a stranger, unable to speak his Cree language or live off the land like his father and brothers. Johnny (Johnny Yesno), an Indigenous caretaker at the school, takes Buckley under his wing, introducing him to Indigenous history, culture, and knowledge. After finding Buckley’s frozen body in the snow, Johnny pieces together the events of the boy’s short life and tragic death, which left him unable to find a place for himself between the white and Indigenous worlds. Featuring the soulful music of Willie Dunn, Cold Journey's narrative is similar to the true story of Chanie Wenjack, a young Anishinaabe boy who froze to death running away from residential school in 1966. 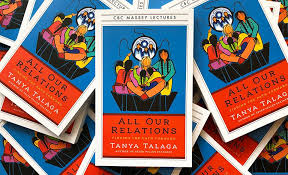 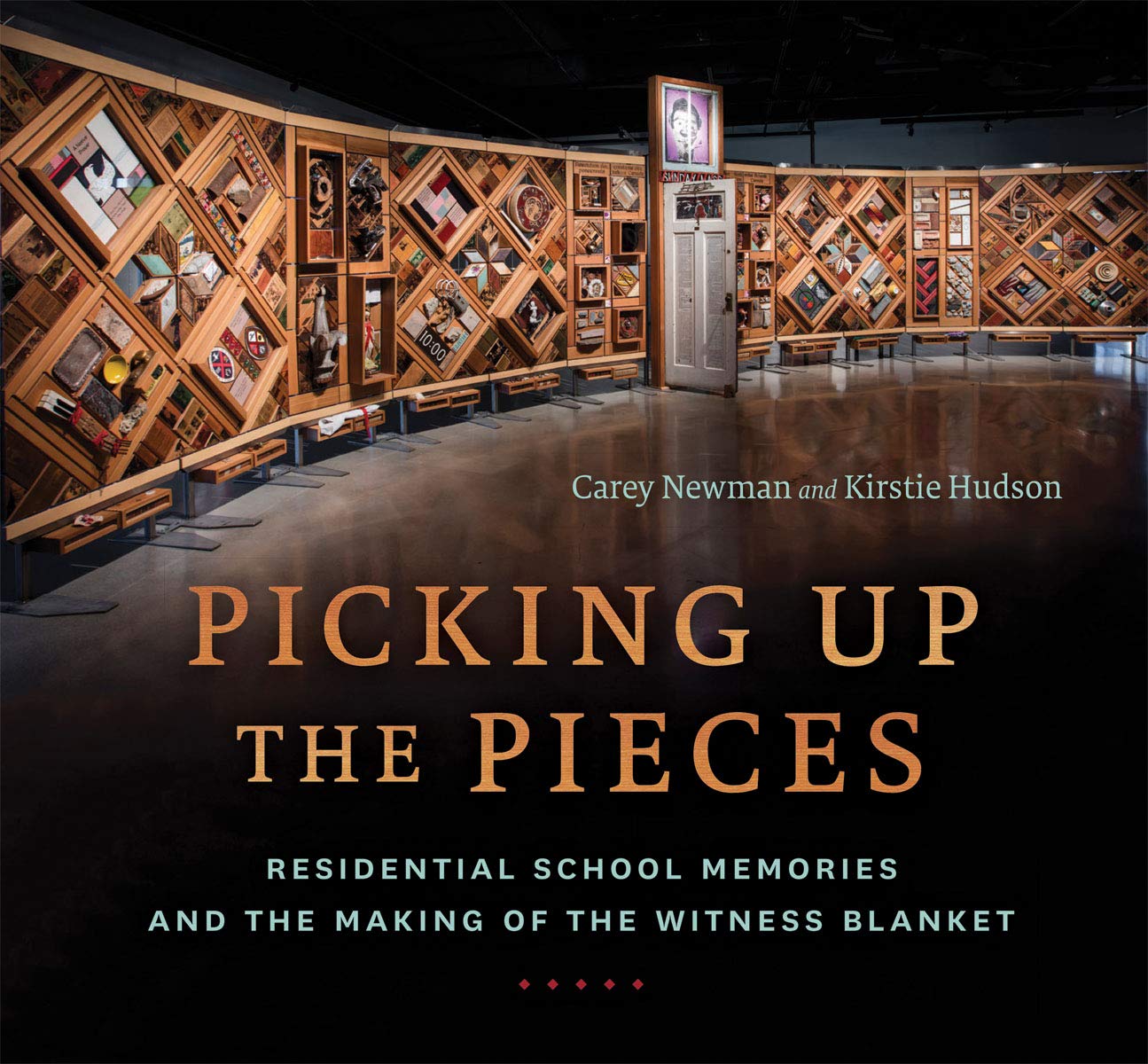 Picking Up the Pieces: The Making of the Witness Blanket (2018) via Canadian Museum for Human Rights

Inspired to know more about his father's time at residential school, artist Carey Newman created the Witness Blanket - a national monument that commemorates the experiences of residential school survivors. The blanket is constructed from hundreds of everyday items collected from residential schools, churches, government buildings and cultural structures across Canada. Each object has a story to tell, each survivor has something to say. Narrated by the artist, this film weaves together those stories with his personal journey, examining how art can open our hearts to the pain of truth and the beauty of resiliency. 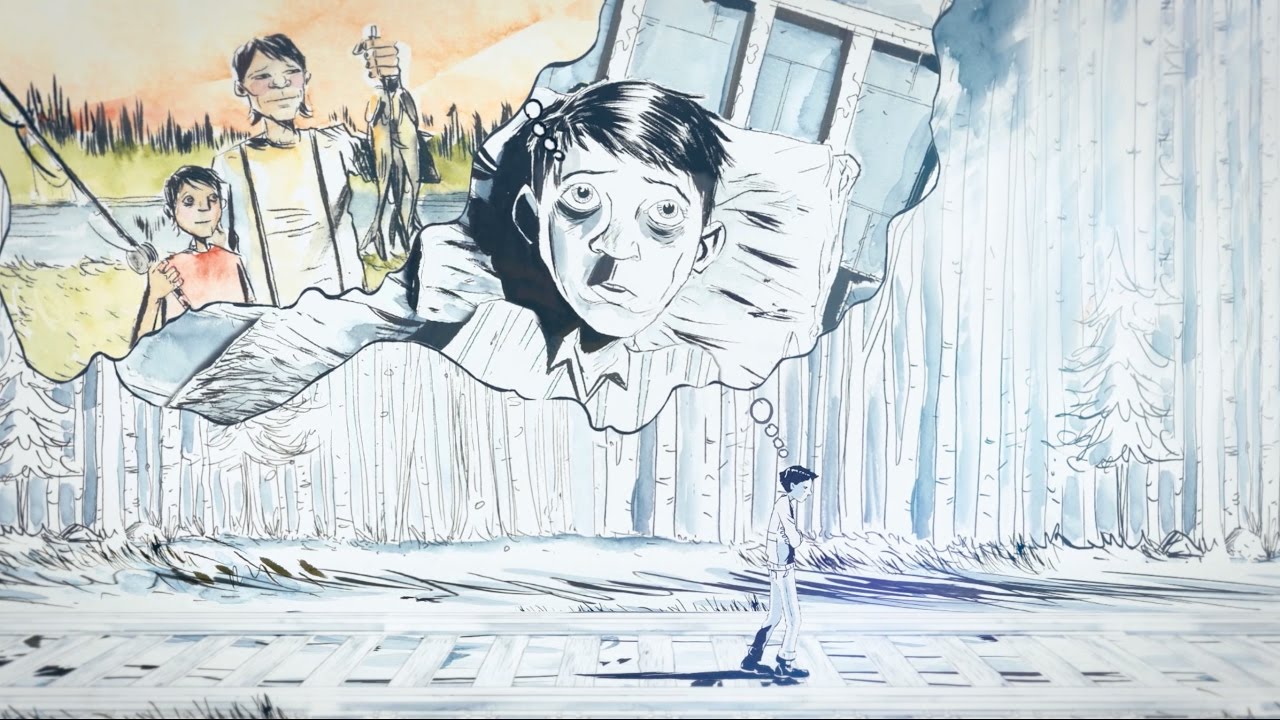 The Secret Path (2016) via CBC Curio
This powerful animated film tells the story of Chanie Wenjack, a 12-year-old Ojibwa boy who died of exposure in 1966 while running away from Cecilia Jeffrey Indian Residential School near Kenora, Ontario. The story is told through music by Tragically Hip frontman Gord Downie and illustrations by graphic novelist Jeff Lemire. The Secret Path acknowledges a dark part of Canada's history - the long-suppressed mistreatment of Indigenous children and families by the residential school system - with the hope of engaging all Canadians in the reconciliation process. Winner of two 2018 Canadian Screen Awards.