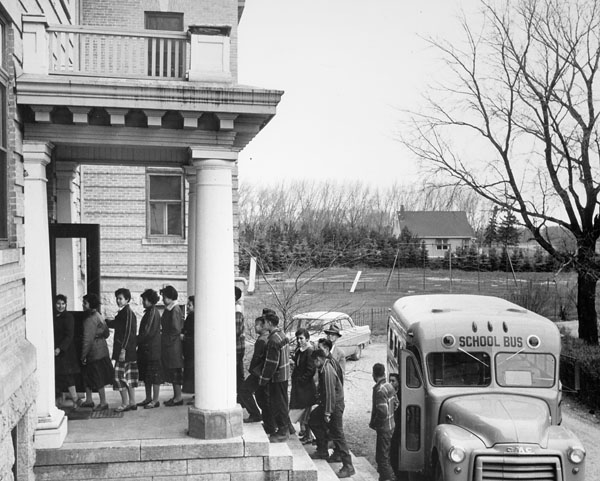 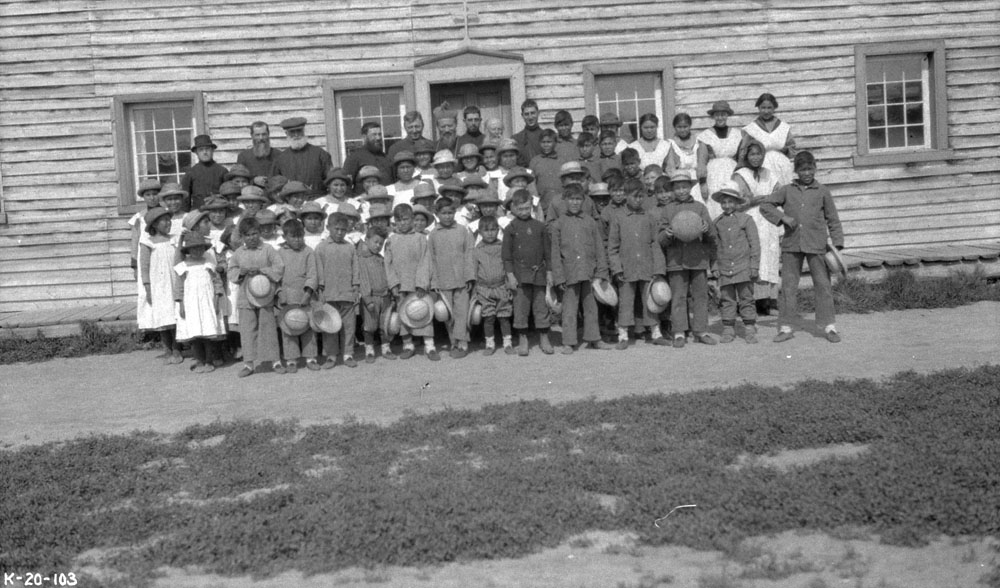 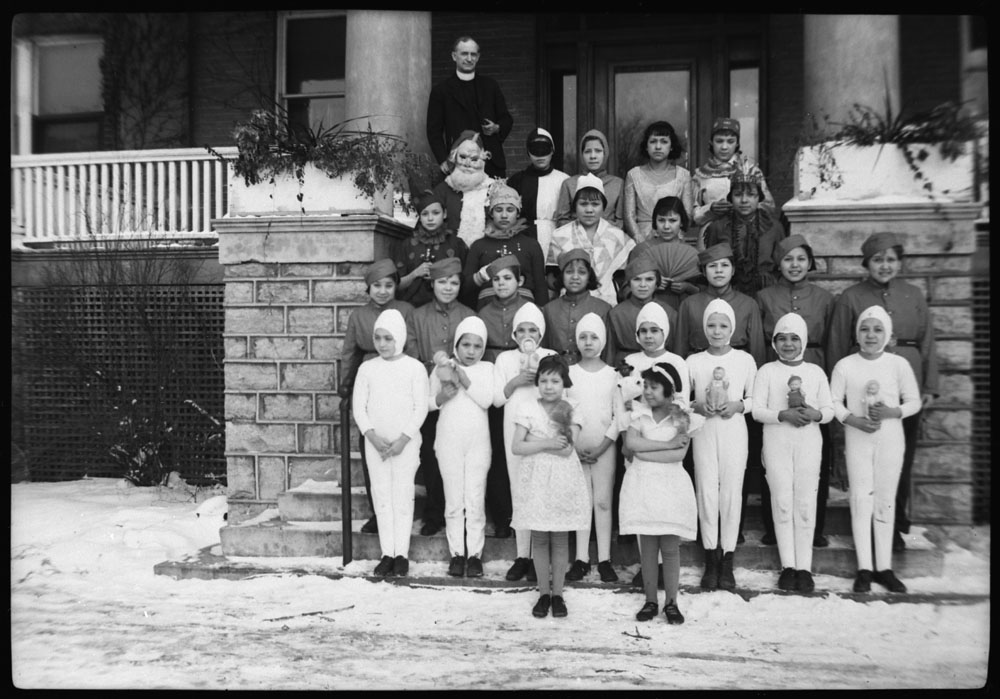 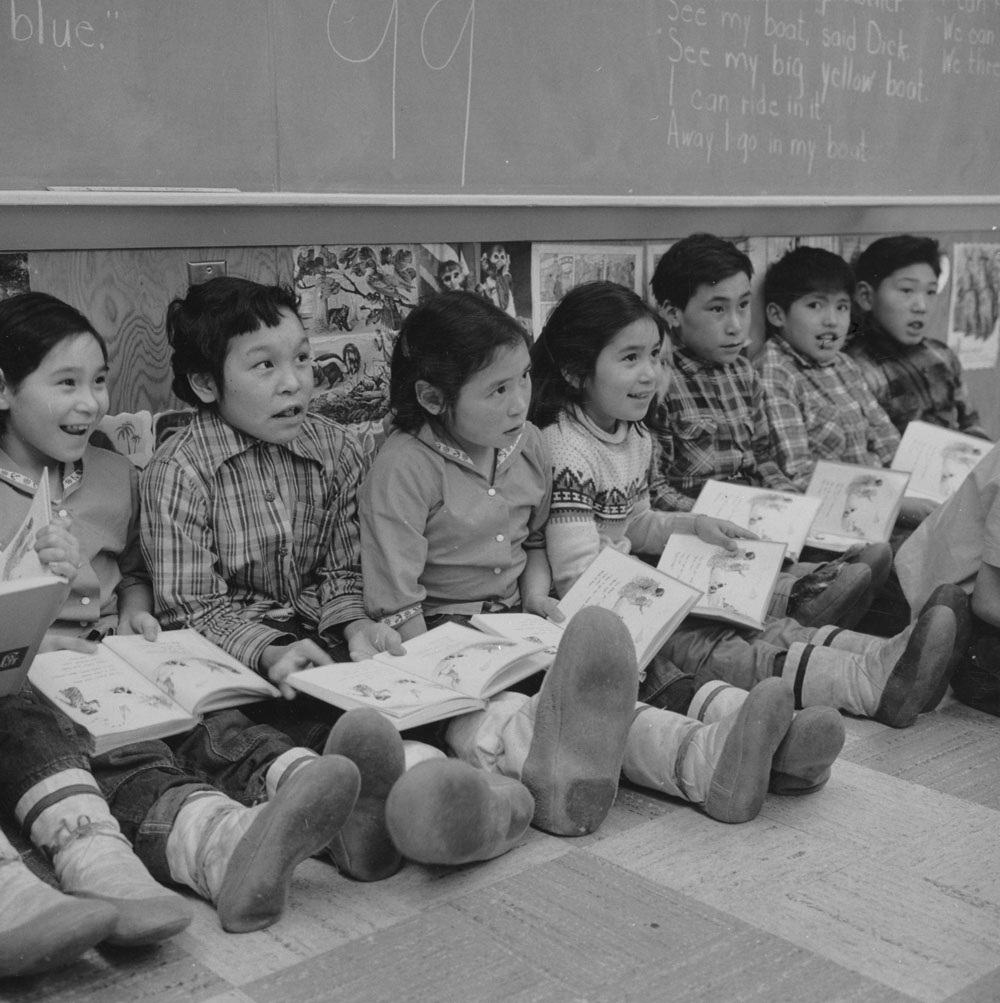 What is Orange Shirt Day? 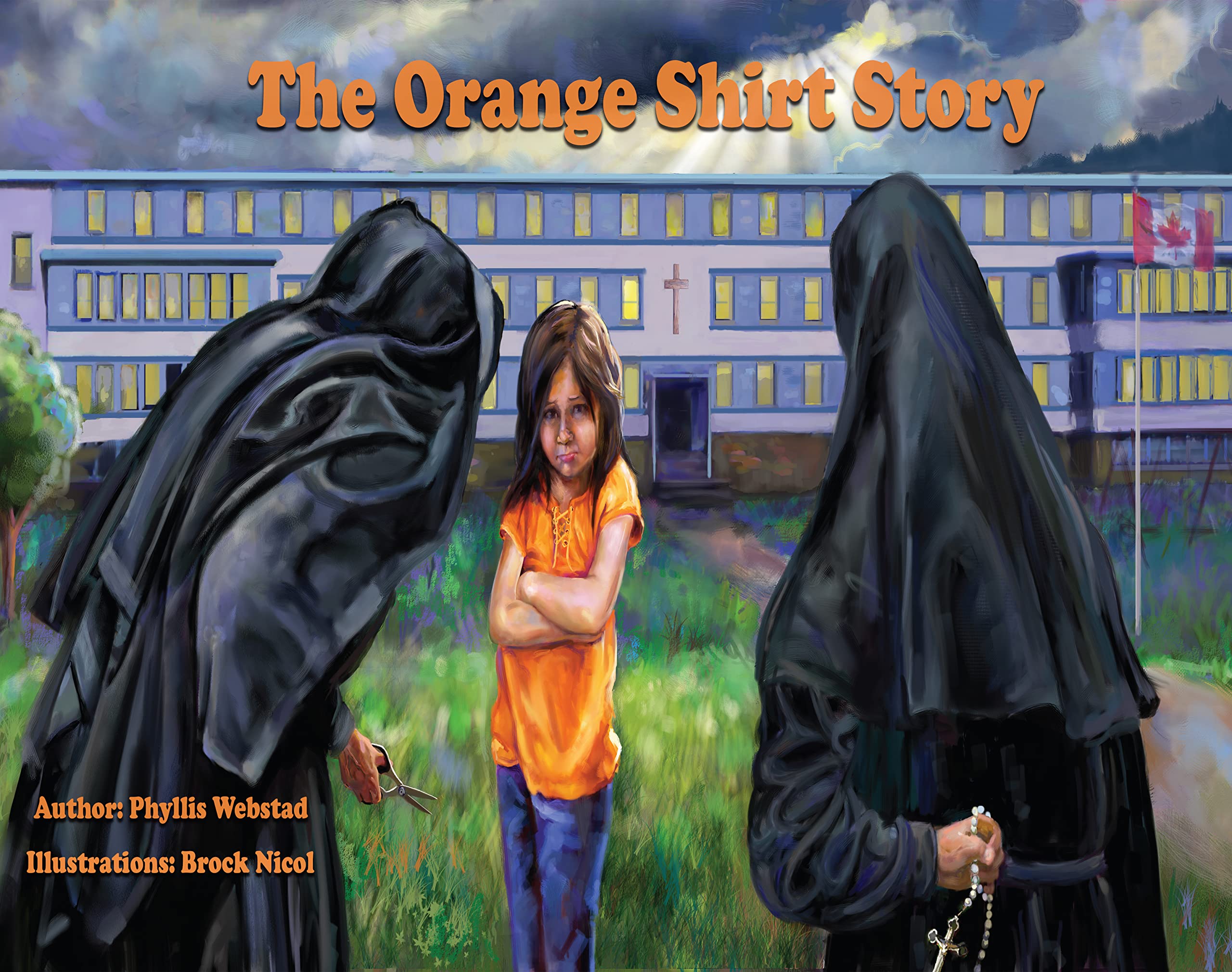 Orange Shirt Day originated in 2013 as a result of Indian Residential School survivor Phyllis Jack Webstad discussing her experience when she arrived at the St. Joseph Mission residential school. On her first day at residential school, Phyllis had her her brand new orange shirt taken away from her. Phyllis' experience is used today to teach students about residential schools, their acculturation and assimilation practices, and the long lasting harm they caused.

Participants wear orange Every Child Matters shirts and accessories in observance of the annual event. September 30th was chosen for the annual event because it is the time of year when Indigenous children were taken from their homes and put into residential schools.

What were residential schools?

In 1883 the Government of Canada began funding residential schools in Canada and the Indian Residential School System (IRSS) was created. The goal of the IRSS was to assimilate First Nations, Métis, and Inuit children into white, Christian, settler society. It is estimated that 150,000 children were taken from their communities and forced to attend residential schools (The Canadian Encyclopedia).

UBC's Indigenous Foundations program explains: "[t]he system forcibly separated children from their families for long periods of time and forbade them to acknowledge their heritage and culture or to speak their own languages. Children were severely punished if these, among other, strict rules were broken. Former students of residential schools have spoken of horrendous abuse at the hands of residential school staff: physical, sexual, emotional, and psychological" (Hanson, Gamez, & Manuel, 2009).  An estimated 139 residential schools operated across Canada (though many believe this number is higher) until the last residential school, The Gordon Residential School in Punnichy, Saskatchewan, closed in 1996.

With the release of the Report of the Royal Commission on Aboriginal Peoples (RCAP), the knowledge of the abuse and burials of children at residential schools was made public. However, no real action was undertaken to locate the remains of missing children until May 2021, when 215 unmarked graves were uncovered by the Tk’emlúps te Secwépemc First Nation at the site of the former Kamloops Residential School. Since then, the remains of over 10,000 children have been found at 11 former residential school sites. At the time of this publication (September 2022), 128 schools still need to be searched.

Education is what got us into this mess, and education will get us out. – The Honourable Murray Sinclair

Origins
In 1991, in the wake of the Oka Crisis, the Royal Commission on Aboriginal Peoples was created. The commission was created to address growing concerns around Indigenous sovereignty, land use, and cultural issues. The commission consulted with a number of community members, researchers, and Indigenous leaders from 1991-1996. The extensive research and consultations undertaken by the RCAP culminated in the creation of the Report of the Royal Commission on Aboriginal Peoples (available at Centennial Libraries). The establishment of the RCAP and its subsequent report laid the framework for the Truth and Reconciliation Commission of Canada.

The work of these groups culminated in the Indian Residential Schools Settlement Agreement (IRSSA), the largest class-action settlement in Canadian history. As per Crown-Indigenous Relations and Northern Affairs Canada, "one of the elements of the agreement was the establishment of the Truth and Reconciliation Commission of Canada to facilitate reconciliation among former students, their families, their communities and all Canadians."

Launch of the TRCC
In 2008, the Truth & Reconciliation Commission was launched as a mandate of the IRSSA. “The commission was paid for with money from the out-of-court settlement, which included contributions from churches and the federal government. The settlement agreement provided the TRC with a five-year mandate and a $60-million budget.” (Globe & Mail, 2015). The TRC’s Terms of Reference included: promoting awareness and public education to Canadians about the IRSS and its impacts; creating as complete an historical record as possible of the IRSS and its legacy; preservation and access to said records; and to create a report including recommendations to the Government of Canada (Final Report of the Truth & Reconciliation Commission of Canada, 2015).

Between 2008 and 2014, the TRC gathered close to 7,000 statements from survivors, their families, and other community members affected by the residential schools. The work of the commission resulted in the creation of several reports, including the Final Report of the Truth & Reconciliation Commission (Honouring the Truth, Reconciling for the Future), the Principles of Truth and Reconciliation (What We Have Learned), The Survivors Speak, and the Calls to Action.

For over a century, the central goals of Canada’s Aboriginal policy were to eliminate Aboriginal governments; ignore Aboriginal rights; terminate the Treaties; and, through a process of assimilation, cause Aboriginal peoples to cease to exist as distinct legal, social, cultural, religious, and racial entities in Canada. The establishment and operation of residential schools were a central element of this policy, which can best be described as "cultural genocide."  (Truth and Reconciliation Commission of Canada, 2015, Honouring the Truth, Reconciling for the Future, p. 1)

As per the Terms of Reference, the National Centre for Truth & Reconciliation was created and the University of Manitoba took responsibility for the preservation, maintenance, and promotion of all research, statements, and reports related to the work of the TRCC. The TRCC drafted its 94 Calls to Action with action items across sectors and communities. From the promotion of Indigenous athletes, to the review of Library & Archives Canada's collection policies, to the promotion of health equity in Indigenous communities, these wide-ranging calls to action demonstrate how deeply the impacts of colonialism are embedded in Canadian society and all the work that remains to be done in the name of reconciliation, healing, and cultural revitalization.