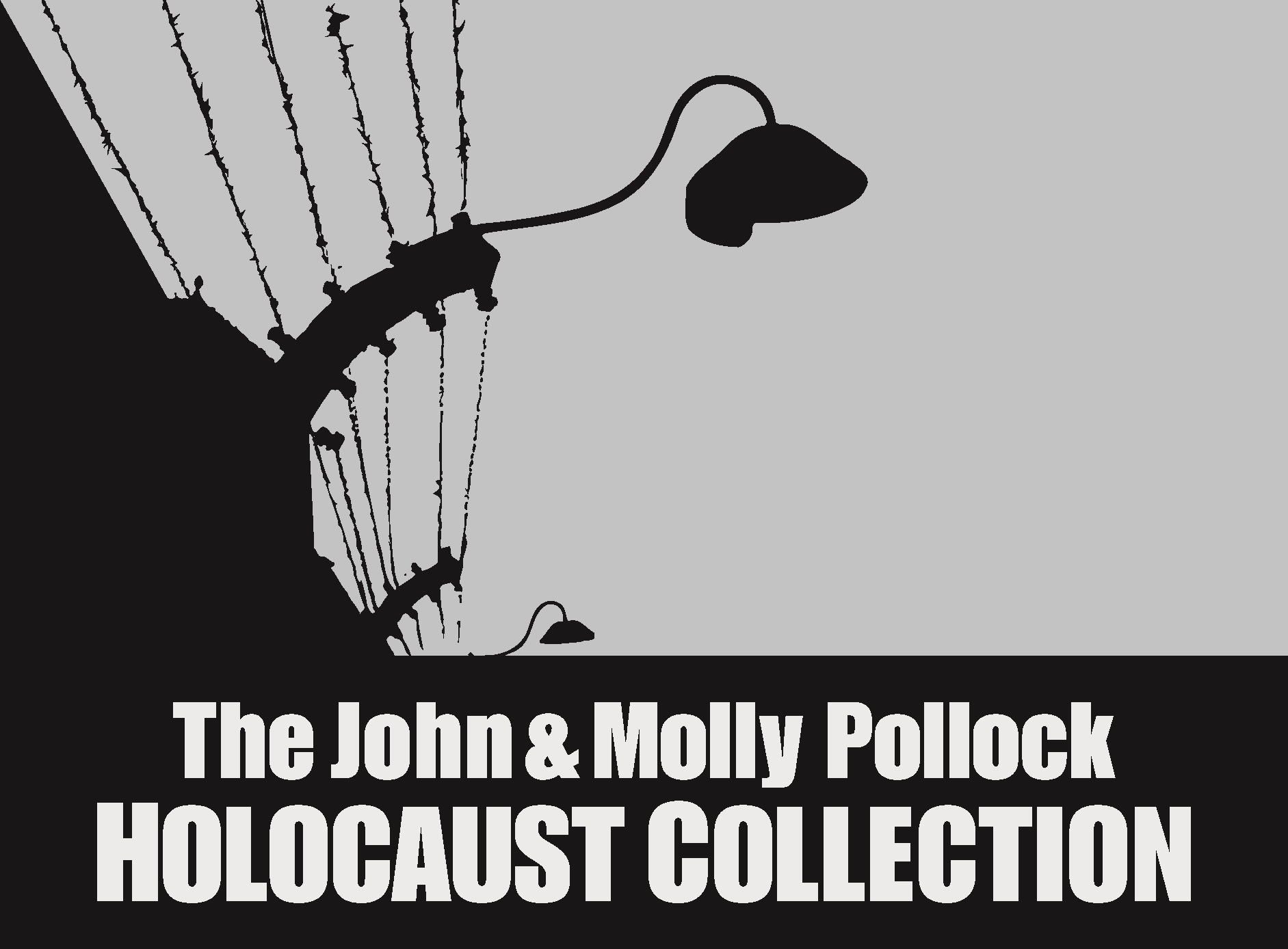 John and Molly Pollock donated their comprehensive collection of books about the Holocaust to Centennial College in Toronto, Canada, to help others understand and remember the Nazis' brutal attempt to eliminate European Jews. This important collection, housed at the college and sampled and described here, is available to students, teachers, researchers and members of the community.

Centennial College engages annually in Holocaust Education Week to help foster increased awareness of human rights and social justice issues, and the importance of respect for diversity.  The goal of the event is to promote values and attitudes of care and empathy for others, that ultimately contribute to building a more inclusive, just, and peaceful society.

This is an annual event hosted by the Centennial College Libraries, in partnership with the School of Advancement and the Centre for Global Citizenship Education and Inclusion, as part of the larger Neuberger Holocaust Education Week (HEW) which is also held annually in the GTA.

Voices of the Holocaust: the need to listen and remember

Every November Centennial College commemorates Holocaust Education Week to honour the experiences of Holocaust survivors through their testimonies. With time, these treasured voices and narratives are disappearing. From today forward it is with greater consciousness we must keep the lessons from the Holocaust alive.  We must continue to strive and build our community based on the foundations of responsibility and respect.

Join us on Monday November 9, 2020, for our live, virtual event with keynote speaker, Andy Reti, Holocaust survivor.  As a child survivor of the Shoah, Mr. Reti will share his memories of his family’s capture and separation by recounting the experience of being forced into a Jewish ghetto. Register today to hear this incredible and courageous story of survival and resilience.

Find out more about the Holocaust and other Genocides by exploring this  interactive presentation.

Register in advance for this webinar

Watch recordings of previous commemorative events and speakers hosted by the Library and Centennial College.