The Pythagorean theorem is a formula relating to three sides of a right triangle. It was named after the ancient Greek thinker Pythagoras, but the origin of the discovery is of the subject of debate.

The theorem state that the sum of the squares of the two shorter sides of the right triangle are equal to the square of the longer side called the hypotenuse. \[a^2 + b^2 = c^2 \] 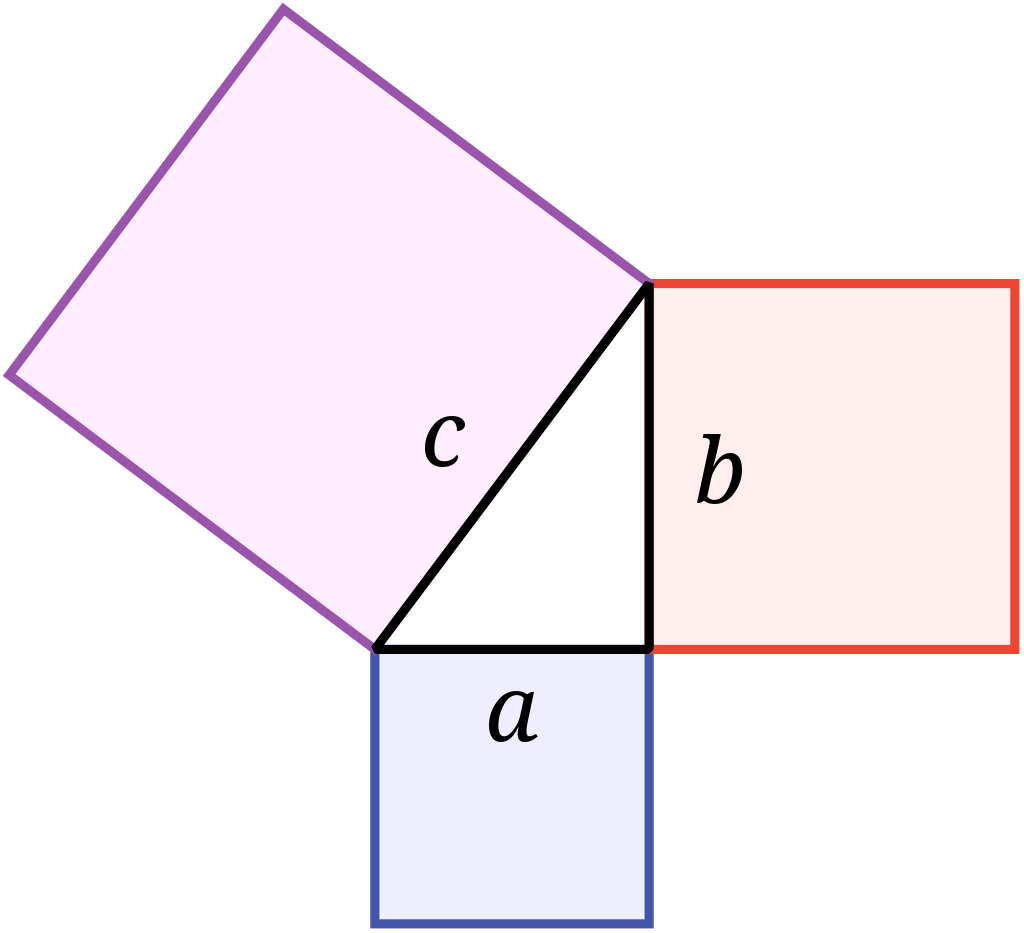