Most of the two dimensional graphing we do is done on a coordinate plane (often called the Cartesian plane) using a (rectangular/Cartesian) coordinate system. A coordinate plane consists of a pair of perpendicular coordinate lines, called coordinate axes (often labelled as the x and y axes, for the horizontal and vertical axes, respectively), which are placed so that they intersect at the origin. Note: While the labeling of axes with letters x and y is a common convention, any two letters or other labelling may be used. If the letter x and y are used to label the coordinate axes, then the resulting plane is often called the xy-plane.

We can label points by writing its "name" before the coordinates, for example the point \(P\) at the coordinates \((0,3)\) can be denoted as \(P(0,3)\). The following diagram demonstrates what some points look like on the Cartesian/xy-plane. 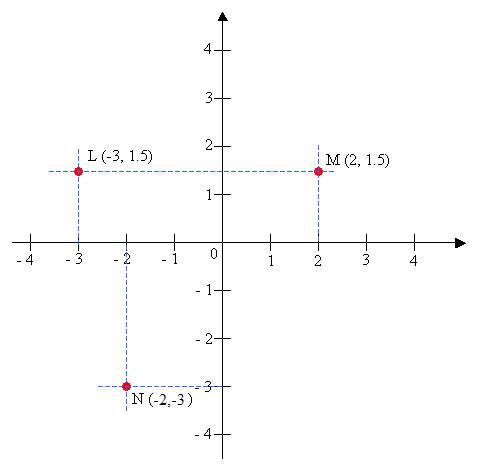 Tip: Make sure to double check the order in which you write coordinates! The x-coordinate always comes before the y-coordinate. For example, the coordinates \((3,4)\) and \((4,3)\) correspond to two different points! (Exercise: Plot these two points to see the difference.)

In a rectangular coordinate system, the coordinate axes divide the plane into four regions called quadrants. These are numbered counter clockwise with roman numerals as shown: 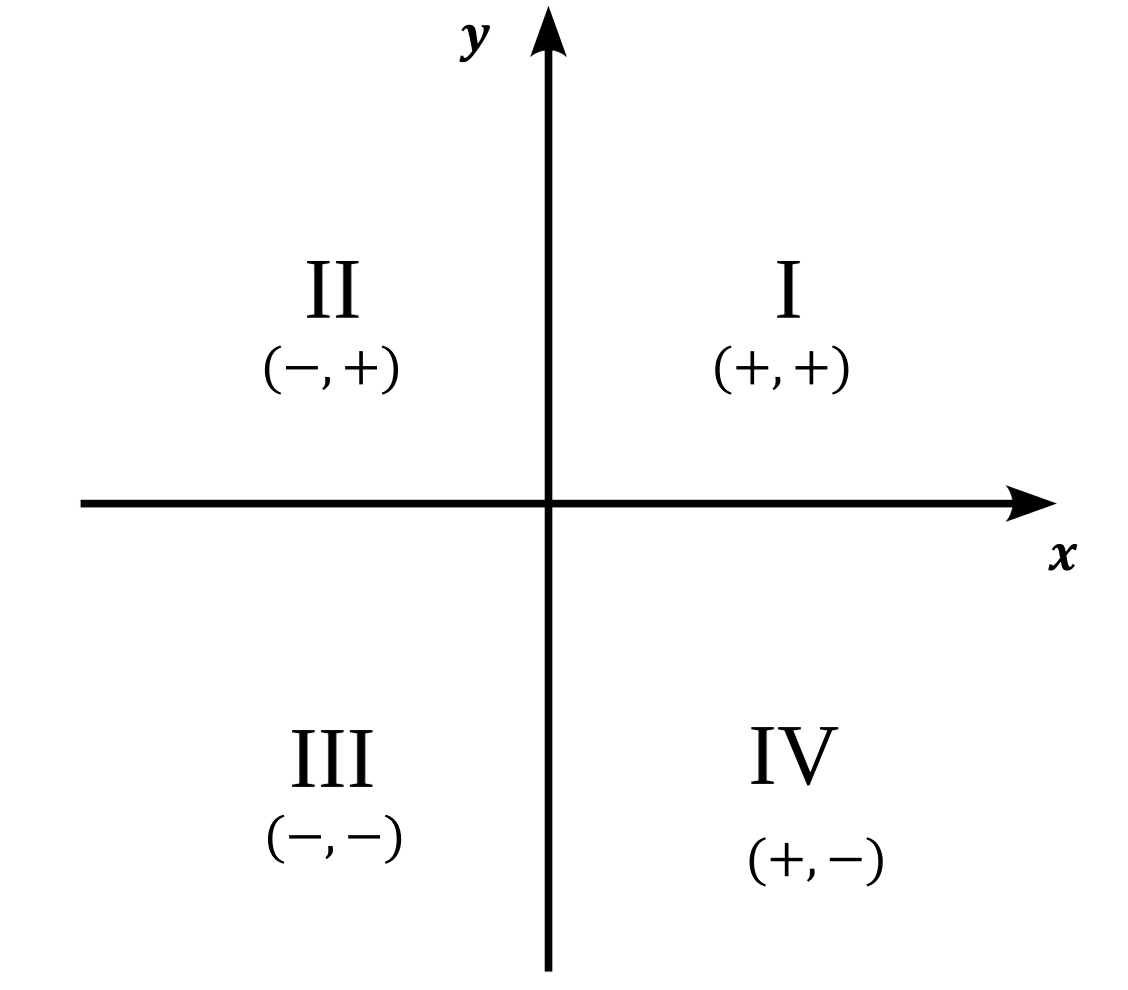 The graph of an equation in two variables x and y is the set of points in the xy-plane whose coordinates are members of the solution set of that equation. In other words, a graph of an equation is made up of all the points (i.e. x and y values) that satisfy that equation. In the Cartesian system, each point on the graph is defined by a pair of numbers, which are written as an ordered pair in the form \((x,y)\). The x value comes from the horizontal axis and the y value comes from the vertical axis.

Graphing is useful because a graph can often provide information about the relationship between the independent and dependent variables (usually denoted x and y). For example, given a linear function, we can sketch its graph to find that there's a linear relationship between the variables, i.e. the graph is a line (hence its name linear). See more on graphing linear functions on the Graphing Linear Functions page. 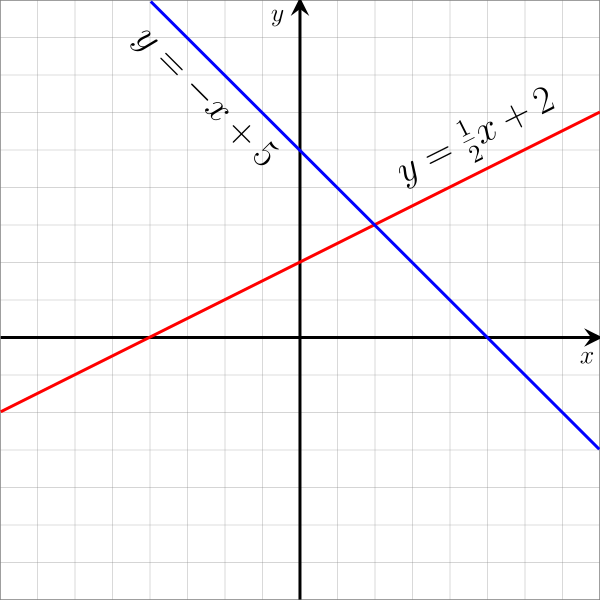 Example: Find the coordinates of point \(q\) and express it as an ordered pair. 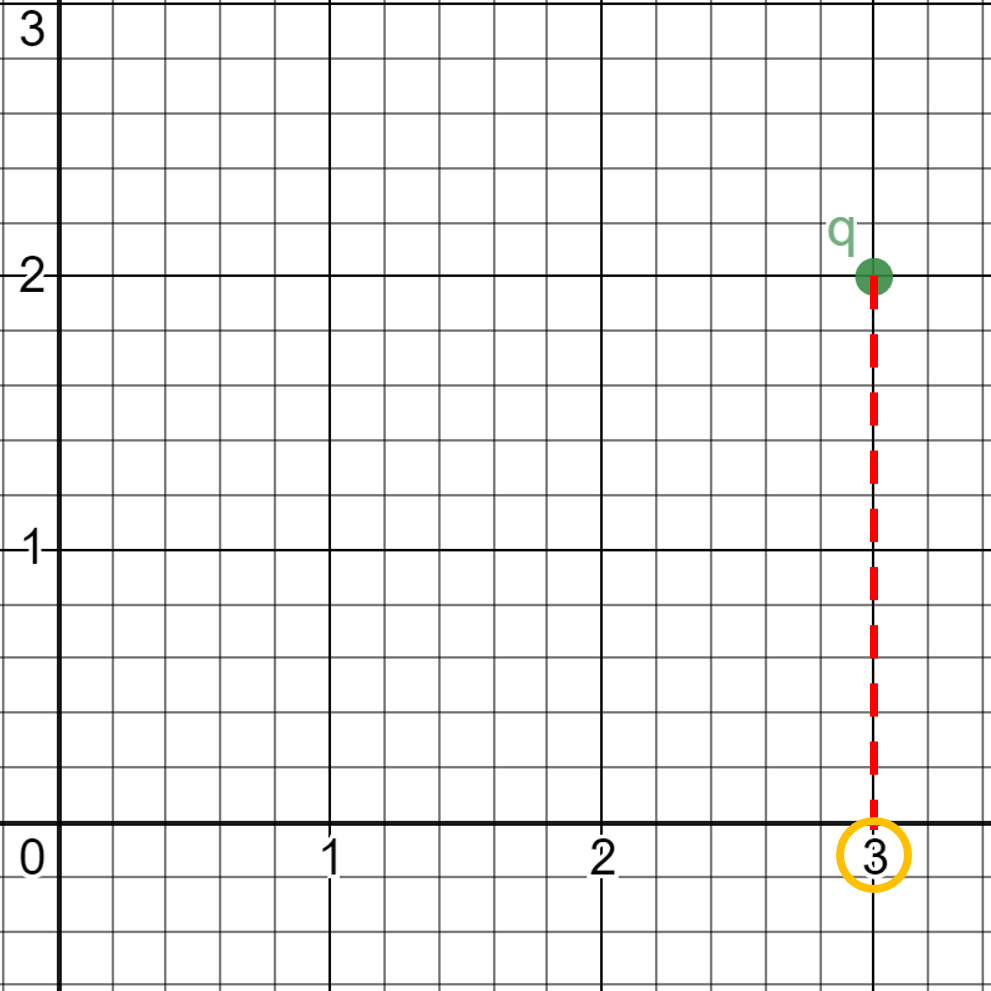 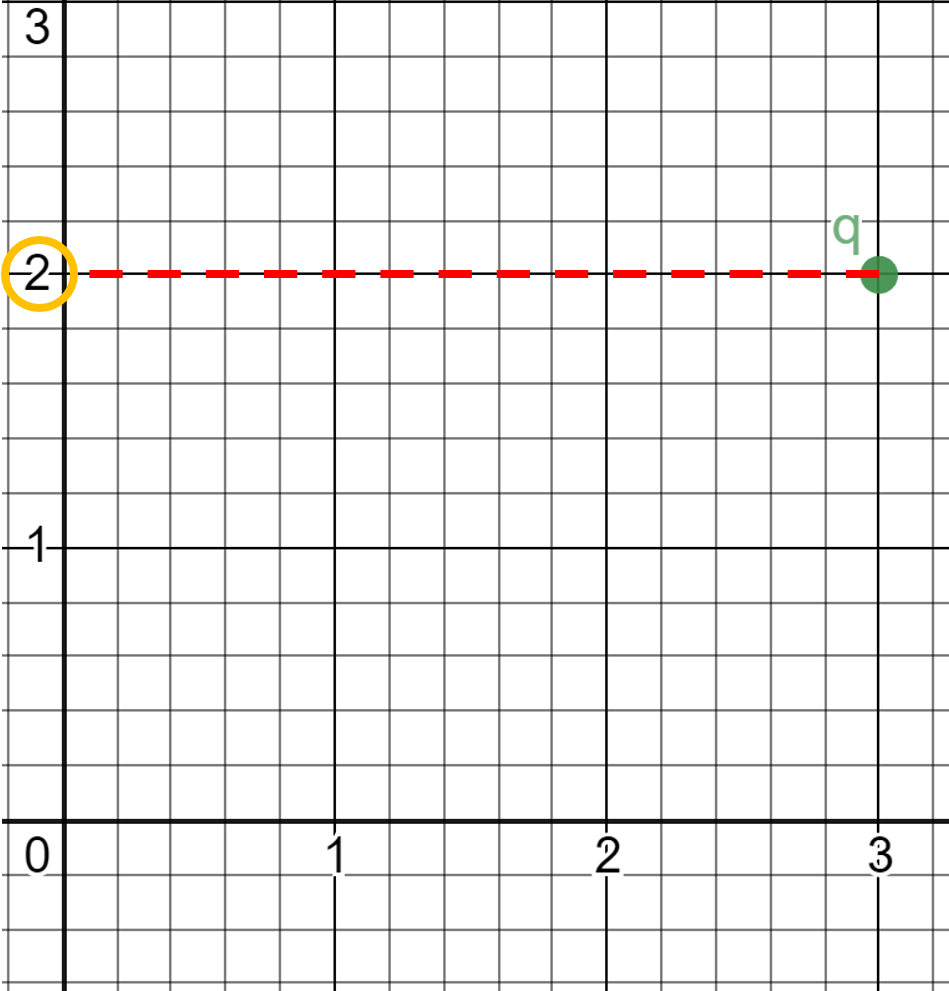 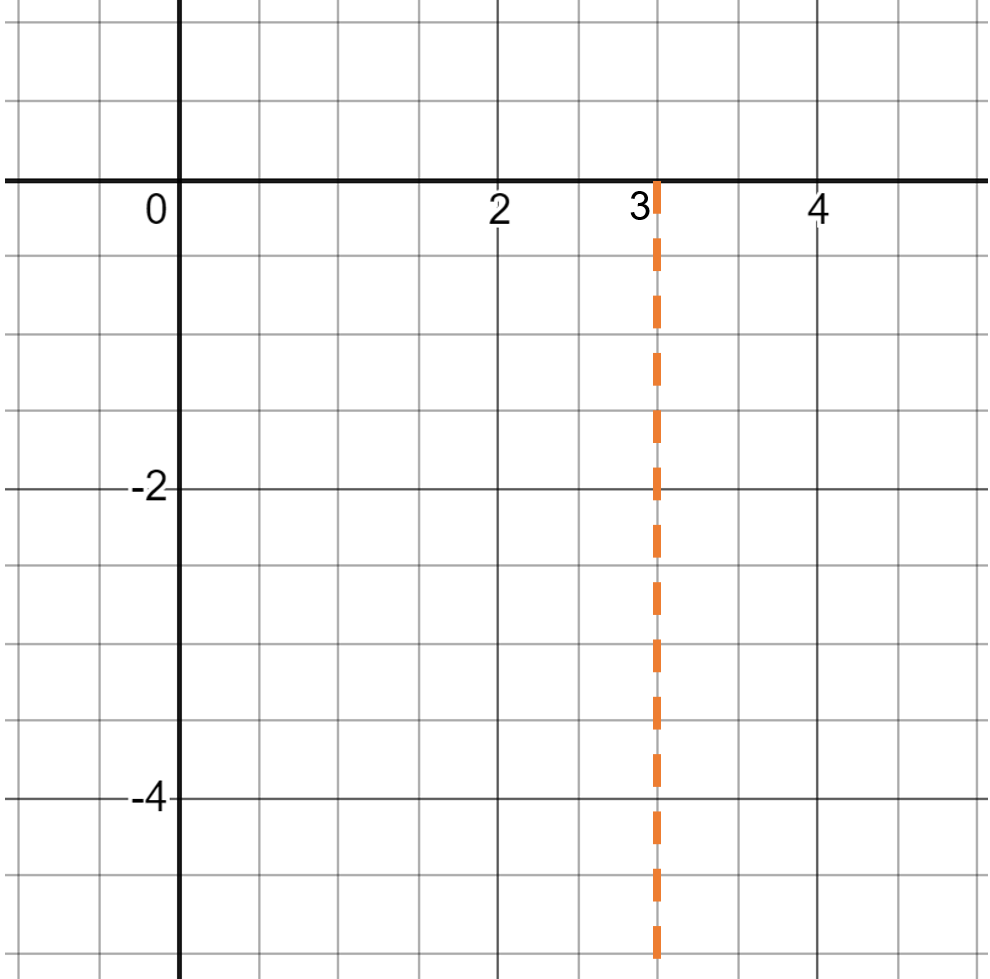 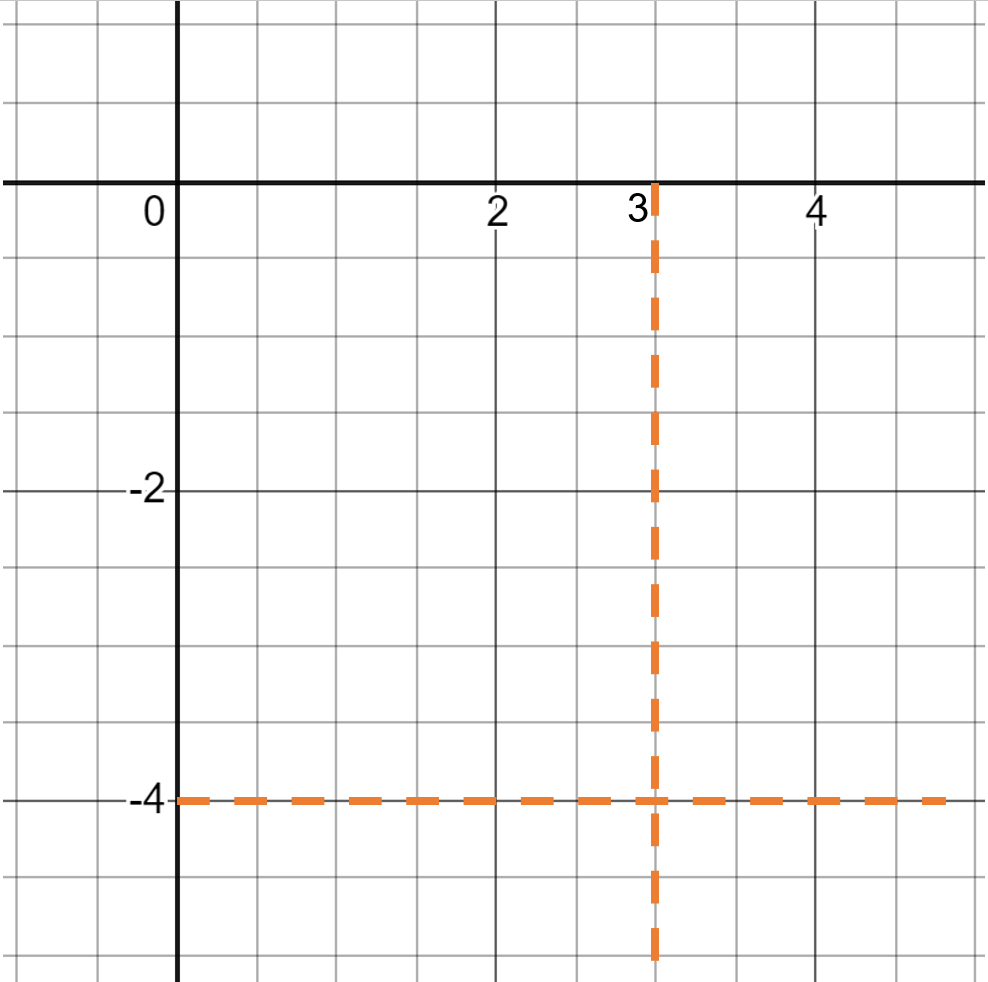 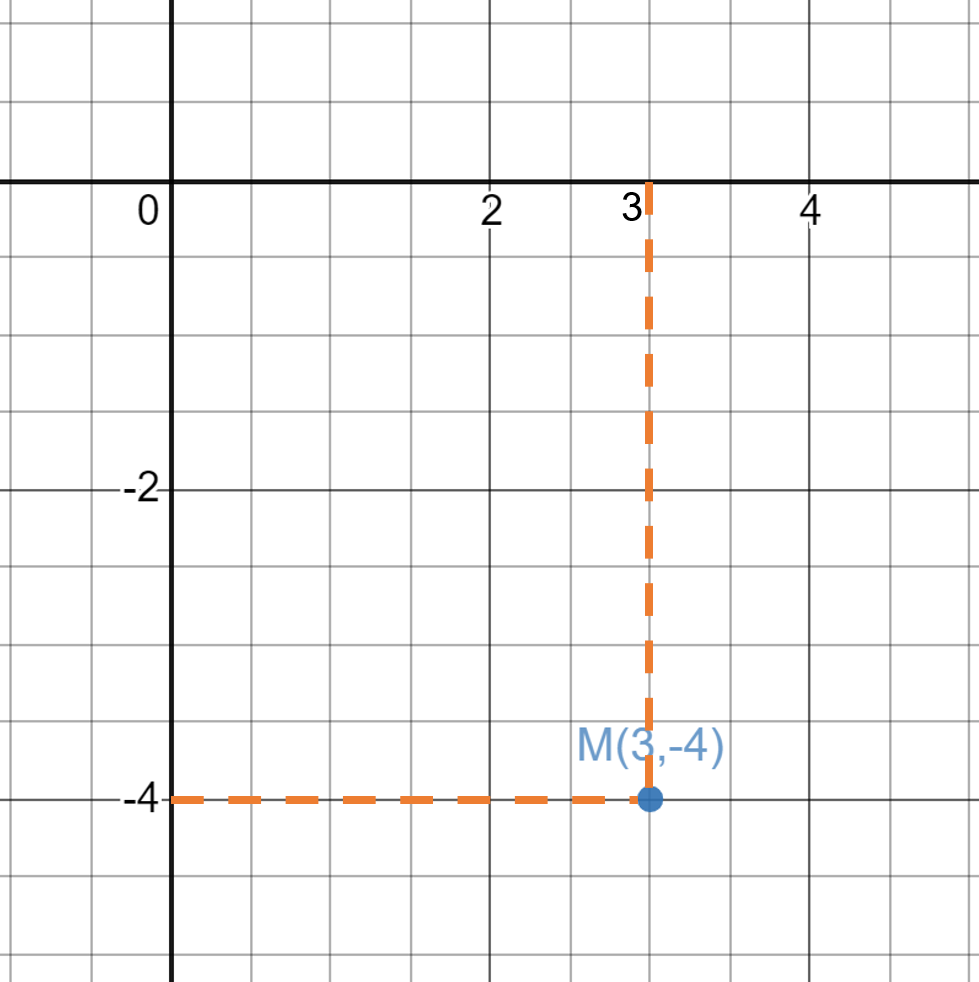