This guide was developed by Centennial Libraries, the Queering Community Social Club, and the Centre for Global Citizenship, Education, and Inclusion in recognition of 16 Days of Action Against Gender-Based Violence. 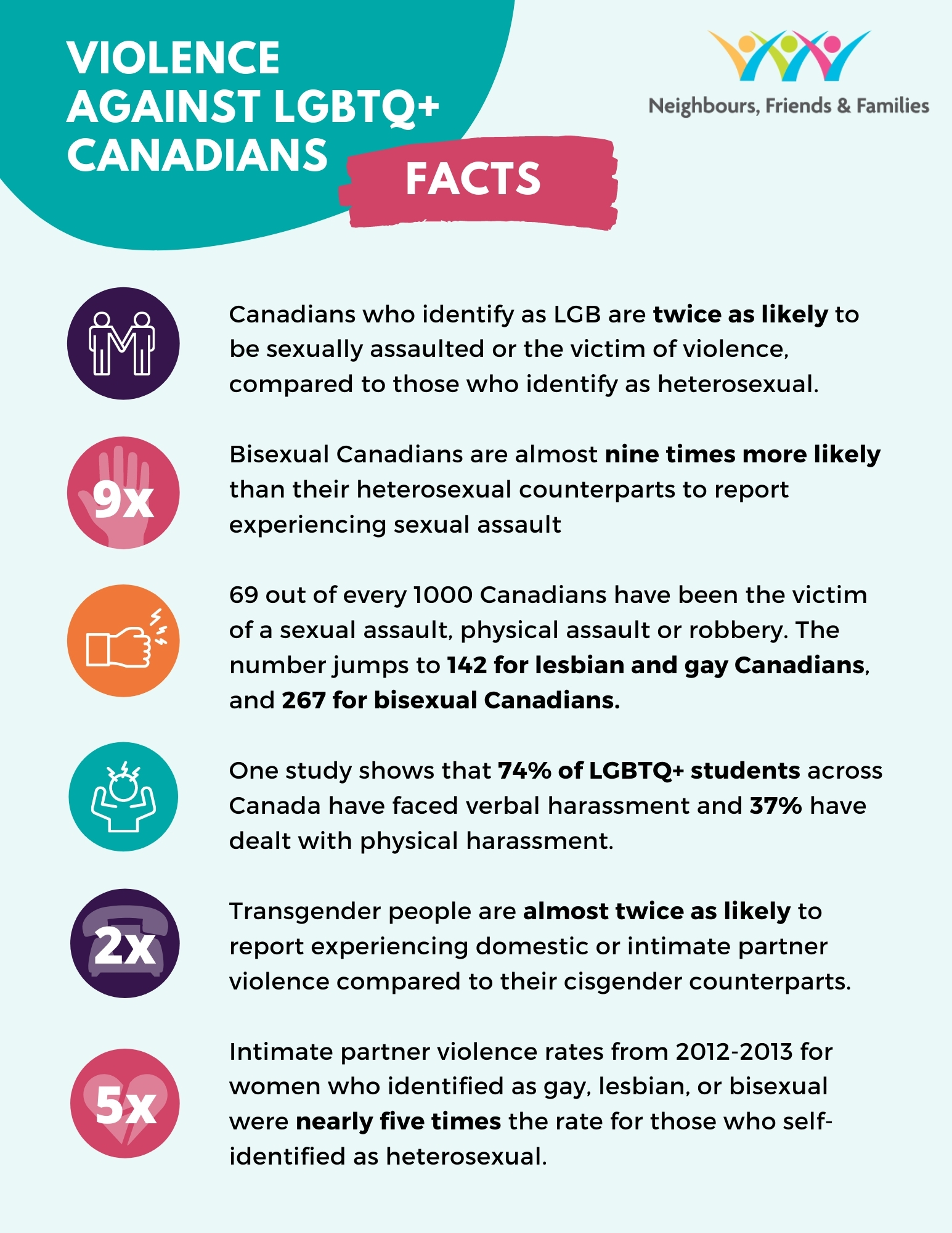 In their recent research on intimate partner violence among Two-Spirit, Nonbinary, Trans, gender non-conforming, and gender-questioning community members, The Metropolitan Action Committee on Violence Against Women and Children (METRAC) found that "only half of the respondents who experienced partner abuse (51.9%) reported that they had ever used formal services" and, further, that "a sizeable proportion of respondents found the existing network of formal services unhelpful" (Transformed, 2020, p.3).

For people with intersecting identities, accessing traditional resources and help for gender-based and/or intimate partner violence can be intimidating, stressful, and traumatic. Consider this: The census conducted in 2021 was the first time the Canadian government collected statistics on gender in addition to questions about sex assigned at birth. Without data and perspectives from these communities, health care providers may struggle to understand their situations - causing further harm.

Read below to learn about some of the barriers 2SLGBTQIA+ and non- 2SLGBTQIA+ people face when accessing support for IPV and/or GBV.

The results of a survey done in Ontario in 2013 about experiences of transphobia in the province demonstrated that 98% of participants had at least one experience of transphobia over their lifetime (Bauer et al., 2021, p. 1). In a study done one year later, it was found that two-thirds of Trans Ontarians had avoided public spaces including but not limited to public transit, schools, public restrooms, gyms, and community centers (Bauer et al., 2014, p. 1). This is the context in which Trans folks face GBV and IPV. In addition to a lack of inclusive resources for members of the 2SLGBTQ+ community, there is the added barrier of not feeling safe in places where supports might be offered, or not feeling safe on the transit needed to get there. This is why the conversation about GBV should include the intersection of the queer community.

In the 2020 TransFormed Public Health Research Report, participants described many ways in which they felt education, conversations, resources, and service providers were not addressing GBV as it pertains to and within the queer community. One pattern that stood out among survey responses was participants not only felt that the lack of representation resulted in not knowing the red flags of gender-based abuse, but that there was a distinct lack of representation of what healthy queer relationships look like. They felt their experiences and relationships were not reflected in media, or in material that is meant to educate individuals on what healthy relationships might look like.

To help mitigate this problem, TransFormed created a series of workshops, videos, webinars, and tools to help 2SLGBTQIA+ people navigate issues of gender-based and intimate partner violence, including the pamphlet at left. (Graphic design and illustrations by Manar Hossain (they/them)).

Systemic, physical, and attitudinal barriers like ableism keep women, girls, trans, and non-gender conforming people with disabilities from accessing the resources they need. DAWN Canada reports that "Women with disabilities might fear they will not be believed or perceived as not credible by the police or the courts, or that there will not be appropriate services available" and further, when they do seek help from law enforcement, "persons with disabilities were more likely than persons without limitations to say they were very dissatisfied with the police response (39% compared to 21%)." They also note that women with disabilities who are experiencing violence from a personal assistant, family member, friend, or intimate partner are less likely to report abuse out of fear of losing support "because of dependence of the emotional, financial or physical variety and fear of losing custody of their children may prevent women with disabilities from reporting abuse." In addition to these attitudinal barriers, there are often literal barriers that physically prevent women from accessing support.