Welcome to Centennial College's, Globalization Perspectives and Respect for Aboriginal/Indigenous Peoples. This guide will introduce you to the resources needed to successfully complete your papers and assignments that relate to this topic. 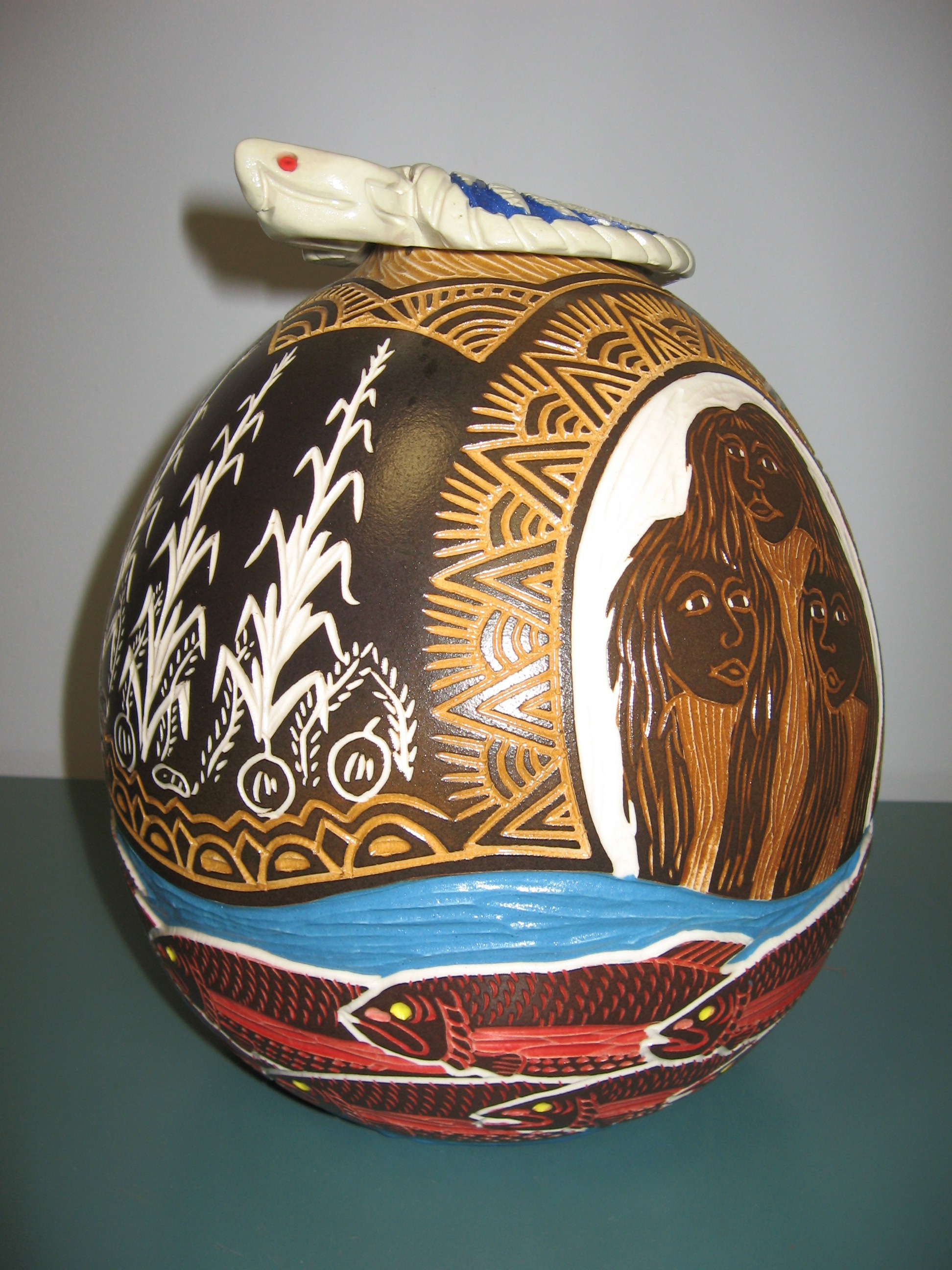 STEVEN T. SMITH (1949 - )
Mohawk (Hagersville, Ontario)
Turtle Seed Pot
2009
Centennial College Libraries acquired a collection of Aboriginal resources across the 4 campus libraries including books, videos, and artifacts such as the one shown in the image, Turtle Seed Pot, by Steven T. Smith a Mohawk artist. Resources were acquired from GoodMinds, Ningwakwe Learning Press, Another Story Bookshop, and National Film Board. On a rotational basis, you'll find Aboriginal display cases at the various campuses that showcase and celebrate the Aboriginal resources and artifacts in the Libraries collection.